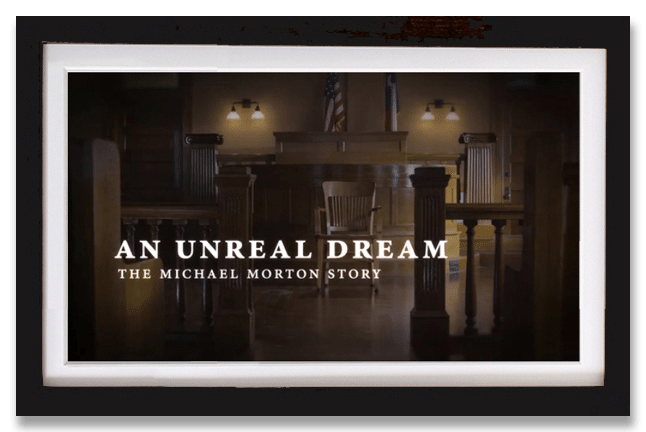 The prospect of unjust imprisonment is a plight both easily imagined and terrifying, and we all wonder how we might fare in such a grim circumstance. No case in modern America illuminates this condition more completely than the story of Michael Morton. In 1986 his young wife Christine was brutally murdered in front of their only child, and he was accused and convicted of the crime, spending a quarter of a century in Texas prisons. Michael’s son Eric, only three at the time of his mother’s death, was raised by family members and eventually cut off all contact with the father he believed had killed his mother.

AN UNREAL DREAM is Michael’s story: the love he shared with Christine, his despair at her murder followed quickly by his shock at his own arrest, his conviction at the hands of a small-town jury influenced by a legendary sheriff and ambitious DA, the long prison years relieved only by new friendships and a profound spiritual experience, the difficult fight for his freedom.