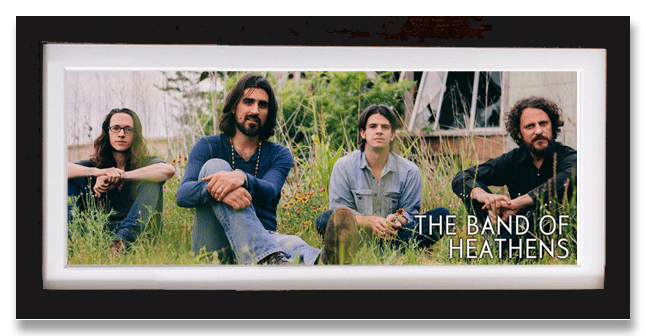 The three original principal songwriters – Colin Brooks, Ed Jurdi and Gordy Quist – shared the bill at Momo’s, an Austin club. Originally, each singer/songwriter performed his own set. However, they eventually started sharing the stage, and collaborating with bassist Seth Whitney. The Wednesday night series was billed as “The Good Time Supper Club”. A misprint in a local paper billed the act as “The Heathens.” Drummer John Chipman joined the band in 2007, and Keyboardist Trevor Nealon, who played in the studio during the recording of both “One Foot in the Ether” and “Top Hat Crown & the Clapmaster’s Son”, joined the touring unit in 2011.

Their first recording, “Live from Momo’s”, recorded at the now closed club on West 6th Street in Austin brought the band national attention and they were voted “Best New Band” at the 2007 Austin Music Awards. Following the Momo’s release, the band released a second live recording, the CD/DVD “Live at Antone’s” which was recorded at the venerable Austin club.