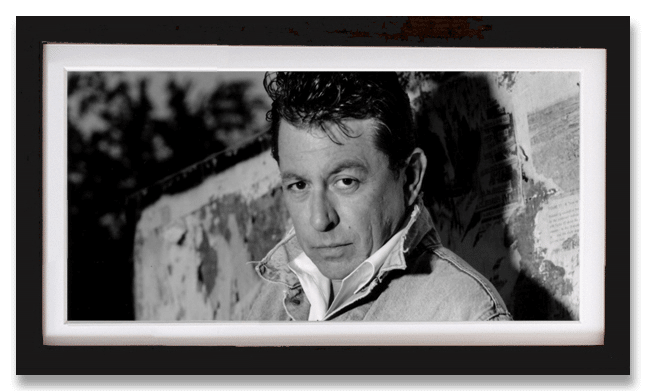 He has had a genre-crossing career, performing with Bruce Springsteen, Uncle Tupelo, Los Super Seven, the Chieftains and James McMurtry in addition to his early work with the Clash and more recent acoustic tours with Lyle Lovett, John Hiatt, and Guy Clark.         MORE AT WIKI CLICK HERE 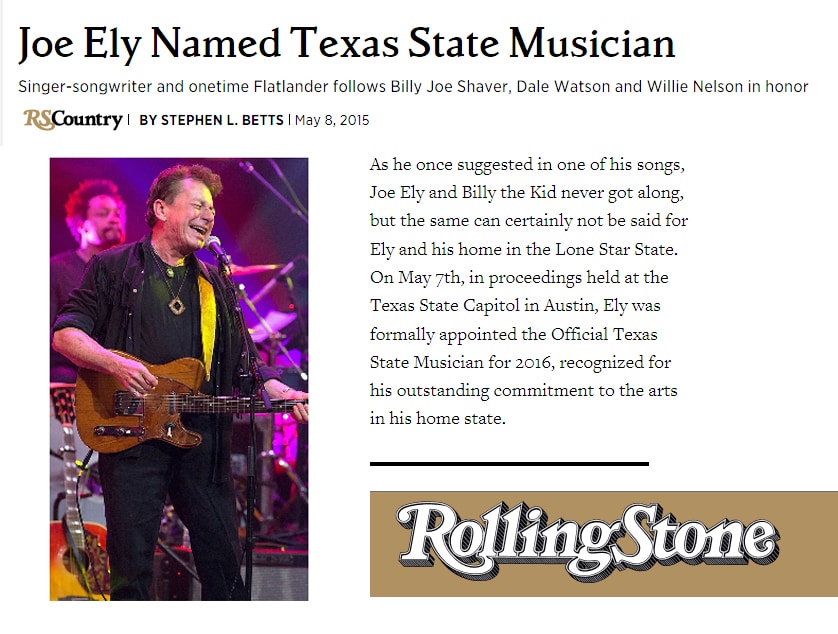 As he once suggested in one of his songs, Joe Ely and Billy the Kid never got along, but the same can certainly not be said for Ely and his home in the Lone Star State. On May 7th, in proceedings held at the Texas State Capitol in Austin, Ely was formally appointed the Official Texas State Musician for 2016, recognized for his outstanding commitment to the arts in his home state.

“I’m humbled to be recognized in this manner by the state of my birth,” Ely said in a statement. “As a songwriter, I’ve always felt extremely fortunate to have grown up in such an inspirational place with its rich, compelling history. [Texas] is filled with some of the most fascinating characters in the world.”

Born in Amarillo, raised in Lubbock and currently living on his ranch just outside of Austin, Ely formed the Flatlanders with Butch Hancock and Jimmie Dale Gilmore in 1970 and released his solo debut LP in 1977. Since that time he has collaborated with the likes of Bruce Springsteen, Linda Ronstadt and the Clash (he sings backup on the group’s 1982 hit “Should I Stay or Should I Go”), and has earned a Grammy, a CMA award and the Americana Music Association Lifetime Achievement Award for Performance. Ely’s songs have been covered by numerous artists, including Wade Bowen and Randy Rogers, who cut his “I Had My Hopes Up High” for their Hold My Beer: Vol.1 LP, released last month.

Candidates for Texas State Musician are nominated by the general public, after which a committee, composed of members appointed by the governor, lieutenant governor and speaker of the Texas House of Representatives, makes the final selections. One of the people who submitted a nomination for Ely was fellow songwriting icon and former honoree himself, Billy Joe Shaver.

“I couldn’t be happier for Joe,” said Shaver, who received the title in 2006. “He’s always been one of my heroes and one of the great ones. . .plus, he plays his ass off!”