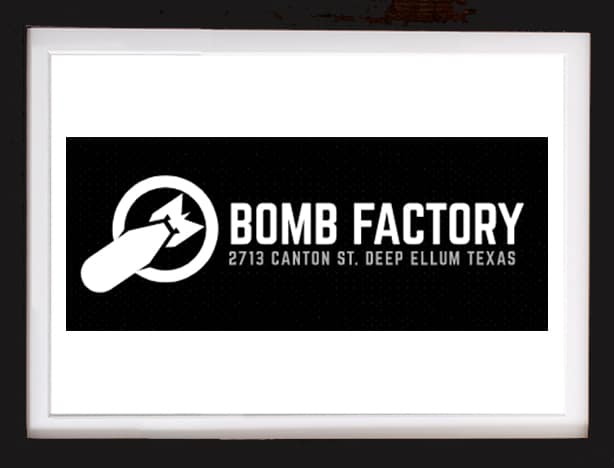 The Bomb Factory is a state of the art, 50,000 square foot venue located in the heart of historic Deep Ellum in Downtown Dallas, known for it’s rich music history that fans identify with. The new and improved Bomb Factory is capable of accommodating up to 4,300 fans, with its mezzanine, casual suites & VIP options. The Bomb Factory can be sized to four different capacities and multi-seated options to accommodate shows as intimate as 1,000 people. In the early 1900s, the building manufactured automobiles for Ford. Later, the Bomb Factory was commissioned during WWII to manufacture bombs and ammunitions for armed forces, hence the name “Bomb Factory”. The original Bomb Factory was a venue for a few years in the mid 90’s, hosting bands such as PHISH, Radiohead, Dave Matthews Band, Sonic Youth, The Ramones, INXS, Nine Inch Nails, and Fugazi at their peak. Utilizing only the existing foundation and walls, the complete multi million dollar redesign will make the Bomb Factory Dallas’ premier Live Music Venue.