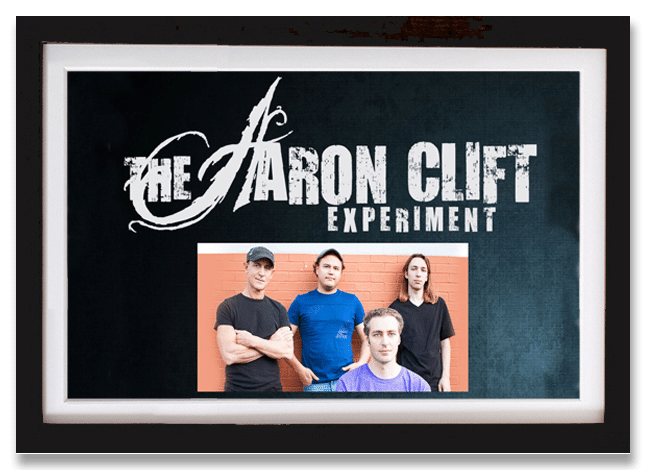 About Us | The Aaron Clift Experiment

Just as scientists conduct experiments by using their knowledge to explore the unknown, The Aaron Clift Experiment combines elements of classic and cutting-edge music into an innovative whole.

The band’s unique songs draw from a wide range of influences – from classic progressive rock acts like Genesis, Pink Floyd, and Rush to modern groups like Porcupine Tree and Opeth to classical and jazz composers like Beethoven, Schubert, and John Coltrane. Aside from its diversity, The Aaron Clift Experiment is dedicated to producing soulful, powerful music and an intense live show.

In 2012, the band released its debut album, “Lonely Hills,” to rave reviews from both fans and the music press and was named one of the best unsigned bands of 2013 by Prog Magazine.

With the release of the band’s second album, “Outer Light, Inner Darkness” in September 2015, The Aaron Clift Experiment continues to lead the way in fusing the sophistication and depth of classical music with the passion and raw power of rock and roll.

What began as an idea of how to create music has now blossomed into a full-fledged experiment. We invite you to join us in this experiment as we embark on our new path.