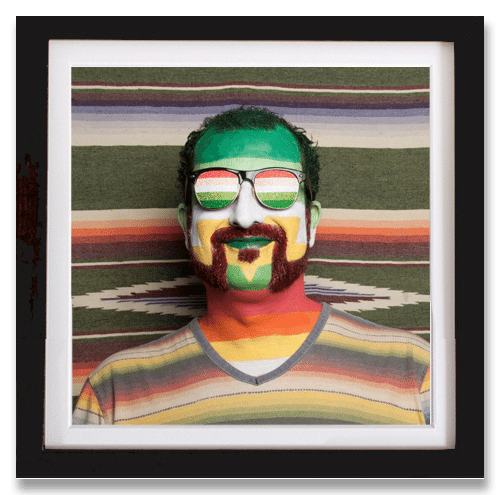 Federico Archuleta was born and raised in the bordertown of El Paso, Texas, with Ciudad Juarez, Mexico on the other side of the Rio Grande. Like siamese twins, these cities are joined by bridges that hustle humanity, commerce, and contraband to and fro between the north and south.
Ever since Federico was thigh-high, he wanted to be an artist, and in his youth he crossed these bridges for cross pollination, letting that mad mexican culture get under his skin and that big daddy american pop get into his hair.
Forsaking a formal art school education, Federico went for the “school of the streets” approach instead, recieving his education by directly working at jobs that honed his skills. This took him from creating mascots for platoons at Ft. Bliss,Texas to being a portrait artist on the market squares of Guadalajara, Mexico, all the way to Las Vegas and other cities as a display artist for Tower Records.
Now you can find him in Austin, Texas, where he creates in a style that is uniquely “Tex-Mex-Sexy.”