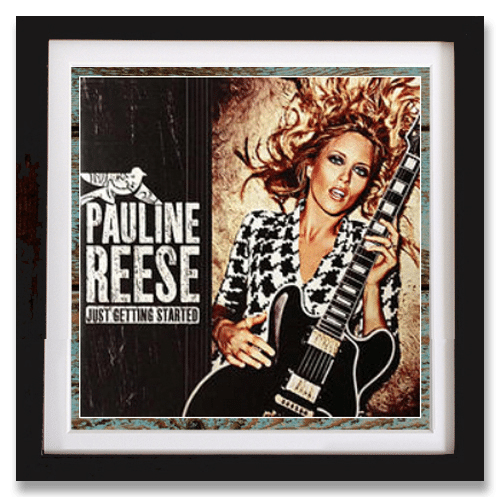 If Pauline Reese had been born in the 1800s, she would have used a plow and a Henry rifle to carve her place the Wild West. Instead, she’s slinging a guitar and sharp-edged lyrics to blaze a trail in a man’s world of outlaw country music and staking milestones along the way, including praise from Willie Nelson as his favorite female vocalist and from the Texas Music Awards as the reigning entertainer of the year – the first woman to earn that honor.

Legends were born when Pauline rode her horse Blue Diamond into shows at famed dance halls across Texas and sang the National Anthem from the saddle at rodeos and sporting events, including one for 83,000 people at a University of Texas football game. Pauline served as an inspiration as the only woman in Texas Music – a no-holds-barred blend of alternative country, rock, Western swing, honky-tonk, folk and Tejano – going head-to-head with Jack Ingram, Kevin Fowler, Cory Morrow, Roger Creager, Reckless Kelly and the Randy Rogers Band. Her advice was sought by the likes of Miranda Lambert, Sunny Sweeney and Bonnie Bishop.

At age 15, she joined a band composed of men in their 40s. Two years later, she fronted it as The Pauline Reese Band. About the same time, she met Willie Nelson and was welcomed into his inner circle of friends including legendary songwriters Sonny Throckmorton (George Strait’s “The Cowboy Rides Away”) and Merle Haggard sidekick Freddy Powers (“Natural High”).